As part of the Gang that Beat Las Vegas, we proved once and for all that the power of Computers had arrived.  In 1983, our Group’s main wagering pool was $40 million per year.As “Computer Kids” we were pioneers in the field of sports wagering. Before the invention of these electronic brains, handicappers were relying on their own trends, stats, and good sense to survive. How many times have you watched a horse win, then rushed to review what you missed?   Oh my God…there it was…You just missed it!

The idea was to create a model that could analyze each situation and predict the probabilities. Eliminate the human factor taking Emotion and prejudice out of every decision.

Before 1980, computers were only a gimmick of Science Fiction, where blinking lights and crazy display monitors were serviced by Geeks in white lab coats. The idea of beating the Bookmakers, started with a small group of programmers. It was headed up by a 34-year-old mathematician Michael Kent, who had spent 11-years helping develop nuclear submarines for the Westinghouse Corporation.

Finding such work boring he relocated to Las Vegas to bet on Football games. For the last seven years he had been saving his money, to wager on football and basketball games. The job of betting sports fulltime was a little harder than he had imagined.

Kent would wake up early, update his information from the morning newspapers. Access the Control Data computer on which he was renting time, and establish a belting line for each game. Then he and a friend would spend the rest of the day and night visiting sports books and private bookmakers, seeking out the most favorable opportunity.

According to his records, he lost $40.000 that football season. His bad luck continued two months into the basketball season. I was getting killed,” he says. “I was at the point where I was debating what my future was going to be.

Then, I remembered, there were 17 games I was betting on one night, and I won 16 of the 17.  That was a definite high.  Finally I was back on the plus side.

Betting the games was an awesome responsibility. It was not an easy thing to settle up with a bookmaker after each round of bets, carrying huge bundles of cash in and out of public places. Whenever he had a lot of cash 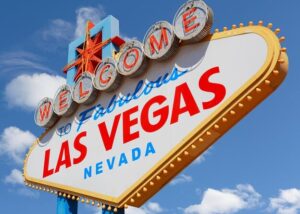 on him, he feared he was being followed. If he happened to notice two men walking behind him on the sidewalk, he would run as fast as he could into the nearest casino, and stand near a security guard for a while.

Of course, this only drew more attention to himself. He asked security guards to escort him to his car whenever feasible. He also depended heavily upon valet parking. He didn’t like the idea of carrying $150.000 into a dark garage. Valet parking was much safer. He didn’t know how to just be cool about it. He couldn’t chill out. He was working 80 hours a week in the strangest city in America and he was always worrying. He won $150.000 betting college basketball in 1979-80, but it was a terrible way to live.

And so the Doctor was our banker…

He became partners with orthopedic surgeon, Dr. Ian Mindlin, who agreed to place the wagers and split the profits 50-50. The computerized predictions netted the pair $100,000 dollars in 1980, their first year of playing college football. By 1983, the Group had expanded and they were winning almost $1 million a week. Because of the success of The Computer Group, bookmakers were unwilling to accept their wagers. They branched out from Las Vegas and employed dozens of agents, and betting beards to cover New York and the Eastern portions of the United States.

In 1983, Billy Walters began making bets for the Computer Group, with a wagering pool of $40 million per year. One of the original partners Stanley Tomchin, a Cornell graduate and world class backgammon and poker player lost interest in gaming. His newlywed wife insisted that he stop gambling, and so, in 1984, he walked away from the money and moved to Spain. Billy Walters was then placed in charge of moving the weekly millions. He lived on the eighth fairway of the Las Vegas Country Club. He was a power broker who blanked the country with bets, taking action wherever it was available. In return for his work, Walters received free use of the group’s betting information. Because he didn’t have to share his profits with others, he may have earned more than the original computer wizards. For the first time in his life, Billy Walters was winning consistently

and holding onto the money.

He invested in real estate, fast food franchises and other ventures. His confidence was such that he could play golf matched for thousands of dollars. He even captured the 1986 Super Bowl of Poker in Lake Tahoe.

There has been recent talk that he won more than $3 million in one day of roulette in Atlantic City. Apparently, Walters hired agents to take notes at the roulette tables, in attempt to locate “biases,” or patterns, in the wheels. Sources at Caesars Palace say that after Walters beat them for more than $1 million in one sitting, the wheel was sent to NASA for an examination and dissection that revealed specific biases – but no for the numbers Walters had been playing. Nobody knows his secret, and he isn’t saying, though he admits he has been barred from playing roulette in the major casinos.

Late in 1984, Walters’ reputation had risen so high that he was invited to join the Computer Group on a percentage basis. In other words, he would share in profits with Michael Kent, Dr. Mindlin and other core members of the group. Walters continued to place additional bets for himself until January 1985, when the FBI raided the group of its records and cash, shutting down Walters for the remainder of the college basketball season.

How We Did It…

Back in March of 1986, Sports Illustrated became the first national publication to report the story of the Compute r Group. They told an intricate tale, of how they had run 25,000 past college basketball games through computer services from coast to coast so see how accurate the pregame spreads were against the final score.   The magazine reported that we “devised a program to make a number” on each game.

The handicapping and mathematical masterminds behind the mysterious Computer Group had become the biggest known sports betting ring ever established anywhere.” Each day they collected the statistical data for every team on baseball, basketball, and football, fed it into the computer, and updated their programs. Remember, this was long before the internet? Everything was still being done by hand. After fine tuning the forecasts they dumped them into a computer file and out popped gambling gold. The Computer Group reached the height of its powers in 1983-85. 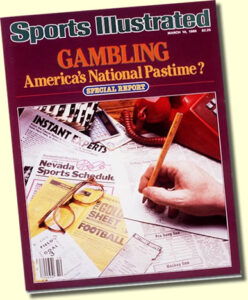 The national betting network was operating at its peak of efficiency. The programmers continued to further fine-tune his computer program. The 1983 seasons were smoking times for the Computer Group, which had enjoyed a great run three year run against inexperienced Las Vegas Bookmakers. In its sleekest moments, the Computer Group had as grand an effect upon its constituency in the 1980’s as OPEC had upon American consumers in the ’70’s.

By 1984-’85, the Betting Line began to improve appreciably, as others were now competing in the market against the Computer Group. The Computer Group had burgeoned into the first truly national network of sports bettors, able to buy up the best point spreads from coast to coast.

At the height of its powers, the Computer Group of 1983-85 wielded more influence over the millions of Americans who bet on sports than any superstar athlete or Super Bowl franchise. Profits were staggering. The group never had a losing season betting on college football or college basketball. According to figures compiled recently by Michael Kent, the Computer Group in 1983-84 earned almost $5 million from wagers on college and, occasionally, NFL games. Yet Michael Kent suspects that his records are incomplete.

They do not account for personal bets made by Dr. Mindlin, or Billy Walters, or by the dozens of other associates who had access to the Computer Group’s information. By the time everyone had exhausted the Computer forecasts in the 1983-94 sports year, they might easily have earned $10 million, perhaps $15 million…and perhaps more. “When you worked it down all the way to the bottom,” says Billy Walters, “It might have been 1,000 people using our information.”

The Party was finally over…

Finally, in 1987, success got the best of them. They had to break up, just like the Beatles. Despite all the time they had spent working together, the members of the Computer Group had never really known one another. In most cases they had spoken only by phone, using code names. Faces rarely had been attached to voices.

Thomas Noble, lead agent for the FBI obtained wiretaps on the group’s telephones for five months. Noble, to this day still maintains it is his firm belief that the Computer Group was a criminal enterprise worthy of prosecution for Bookmaking. The investigation cost the taxpayers $1 million dollars, which does not include the $577,000 lost by the Internal Revenue and their investigation. He oversaw the seizure of evidence by the truckload: bank checks, the origins of which had to be traced, hundreds of thousands of dollars with serial numbers that demanded verification, gambling ledgers that had to be interpreted, not to mention 216,000 pages of computer printouts, incomprehensible to all the Computer Group programmers.

Then, in January 2004, after six years of investigation and review, after the case had been opened and shut and opened again, the indictments at long last came down in Las Vegas. Nineteen men and women were placed under arrest. Each was charged with up to 120 counts of conspiracy, gambling and racketeering, related to their use of the telephone to place bets and exchange betting information. There was no charge of bookmaking.

No bookmaking?
So the government admits, at last, that the Computer Group Simply was betting on Games. Six years with Big Brother has not cured the Computer Group. Of the 19 who were indicted in 2004, most are still gamblers and are now living all over the world. With the internet and all their promotion, these modern brokers of sports bets will never match the sensation created by the Computer Group, who were sophisticated enough to beat the line makers at their own game.

Their legacy was to ruin the game for all who might try to duplicate our success, including themselves.