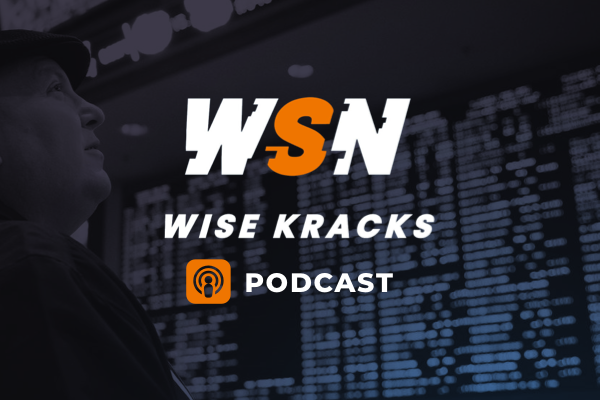 We’re back with a new episode of Wise Kracks sports betting podcast with my co-host Jon Orlando. We’re back together in Vegas, but only for one more week before I jet back to the East Coast to book some action over there. It’s just about the busiest time of year for the Krack man, with so much value around thanks to all the fresh lines up for the start of football season.

Jon and I start this week’s episode off with the NFL and I share a hot pick – it’s a home teaser on the upcoming weekend of fixtures, and I’m going be placing it myself. Jon’s super excited for the Cowboys this year and talks up their chances to land an NFC championship. We also discuss the GOAT, Tom Brady, who looks like he still has gas in his tank. It’s like Christmas Eve for football fans, and we run through some of the first round matchups and where the value is.

The ball is in Jon’s court for this week’s special guest, since he’s the big UFC guy. We’re very excited to welcome Giga Chikadze to Wise Kracks, fresh off a massive win against Edson Barboza. In fact, he’s won his first seven UFC fights in a row, and he’s calling in direct from his home in Tbilisi, Georgia.

Giga breaks down his big win against Barboza, telling us exactly what was going through his mind in the octagon. A title fight is likely to be just around the corner, and he explains his hopes and plans for upcoming fights, including how difficult it has been to get people to take fights against him. Giga and Jon have been friends for years, and they reminisce on how they met – attending an Atlanta Braves game together with Giga learning the rules in an Uber en route to the stadium!

Giga is such a genuine down to earth guy – he’s even calling in from the stoop in his childhood neighborhood – and that really comes across in this interview. And just like that, we’ve got another lifelong friend of Wise Kracks!

Make sure to send us your questions on Twitter @BillKrackMan, @JonOrlando and @WSNsports. We pick listener questions every week.

Check back with WSN weekly for new episodes of Wise Kracks. Subscribe to the WSN YouTube channel or find Wise Kracks on Apple Podcasts, Spotify, or wherever you get your podcasts.